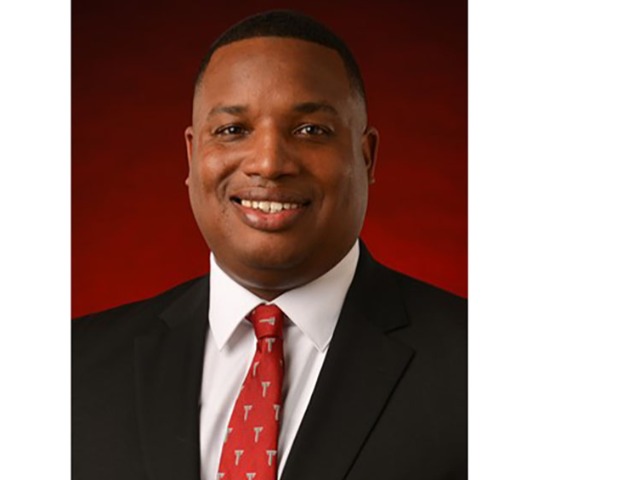 Tweet
Second-year Marion football coach Lance Clark solidified his 2022 staff with a familiar face. Clark tabbed Nick Anderson, who's served on successful high school and college staffs in his career, to coach receivers. Marion surges after making consecutive semifinal appearances, and Anderson hopes to help the Pats break through this fall to the state final in the state's second-largest classification. “The infrastructure is here to be elite,” said Anderson. “The talent here is leaps and bounds above where I've been previously, and that spoke to me. I also like that it's a growing community. I fell in love with small towns through this coaching journey, and that true sense of community is very present here.” Anderson began his football journey at Carson Newman in 2007 before he transferred to Alabama-Birmingham, where he played from 2008-2010. Anderson earned UAB's Scout Player of the Year in 2009 before graduating with a marketing degree in 2013. “Nick brings a lot of experience and knowledge,” said Clark. “His world view aligns with what we need so desperately here. He played in high school and college, so he gets it from the playing perspective. He's been to a lot of places and seen a lot of great players. At the end of the day, he wants to be here, and that goes a long way.” Upon graduating from UAB, Anderson accepted a position as running backs coach at Bob Jones High School in Madison, Alabama, which is where he met and worked with Clark for the first time. The Bob Jones Patriots finished a combined 28-7 with three regional titles while Anderson was running backs coach. Following a three-year stint in the private sector, Anderson returned to the coaching ranks as an offensive consultant at Madison Academy, guiding the Jaguars to a 22-12 record over three seasons. In 2017, Anderson promoted to the college ranks as a quality control analyst at Samford University before he accepted a position as Troy University's running backs coach. Anderson reunited with Clark again in 2020, this time at Class 5A juggernaut Little Rock Christian. The Warriors finished 9-3 that season, with a pair of losses to Class 5A kingpin Pulaski Academy with Anderson serving as special teams coordinator and ninth-grade head coach. “Lindsey, who's now my wife, and I felt like that was a great move for us,” said Anderson. “I didn't know much about the state of Arkansas before I was at Little Rock Christian, but I fell in love with it almost immediately.” Anderson's immediate goal at Marion is to streamline the language for receivers from seventh grade to the varsity. “We want to build a program within a program in that position group,” said Anderson. “We want to have an identity starting early and build off of that.” Anderson has experience coaching running backs, receivers, tight ends, and special teams, which excites Clark. “I believe that great coaches can coach, regardless of position,” said Clark. “What I like about running back and tight end coaches is they have to understand blocking as well as the passing game. Nick has an excellent grasp of all of that, which is why he'll be a huge asset to us here.” Marion opens its 2022 football season Friday, August 19 at 6 p.m. at Class 5A Maumelle. The Patriots open their regular schedule Friday, August 26 at 7 p.m. at Wynne, a game that will be streamed live on MarionPatriots.com.
Back To News
Chuck Livingston
Marion Patriots Activities Network | 7/13/2022
PRIVACY POLICY | © 2022 MASCOT MEDIA, LLC