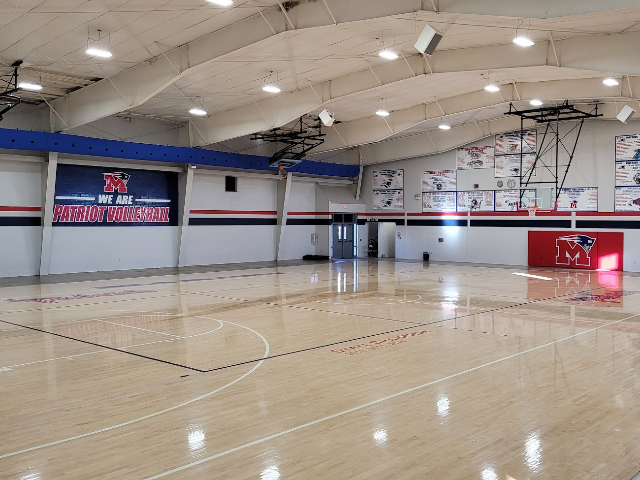 Intimate and loud; two words that often do not go together. But in the case of 3M Transit Arena, no two words make for a better description. This building is the only "Volleyball first" court and facility in the 5A-East, hosting 7th grade basketball as its only other sport. 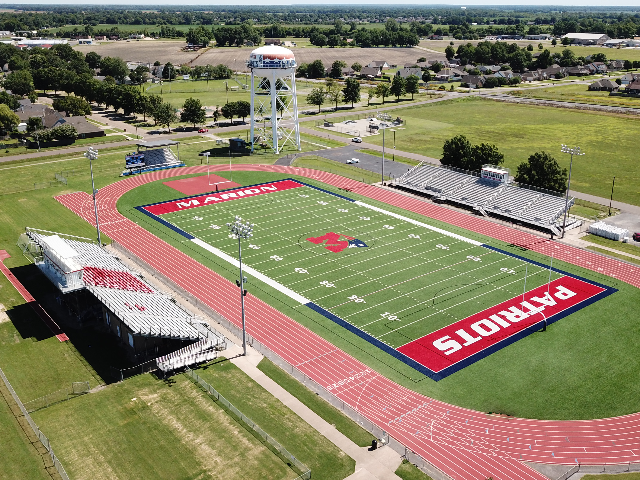 HOME OF THE PATRIOTS

Premier Bank Stadium is an open and expansive stadium. Though at the address of Marion High School, fans enter the facility by either the ticket booth at Rica Road or the walkway between the baseball field and Marion Performing Arts Center on Carter Drive. Concessions are furnished by Aramark in the south end zone. Football team buses park between the field house and MHS gymnasium using the entrance in between the tennis courts on LH Polk. Buses for cheer and band will use the Rica Road entrance by the ticket booth to park just inside the stadium gates near the concession building. Recently, Patriot Stadium added new press boxes for both the home and visiting teams. Also, a new track surface has recently been laid. On Friday nights, fans can catch all of the action marked by the sound of a goal horn and sights of fireworks lighting up the night sky. 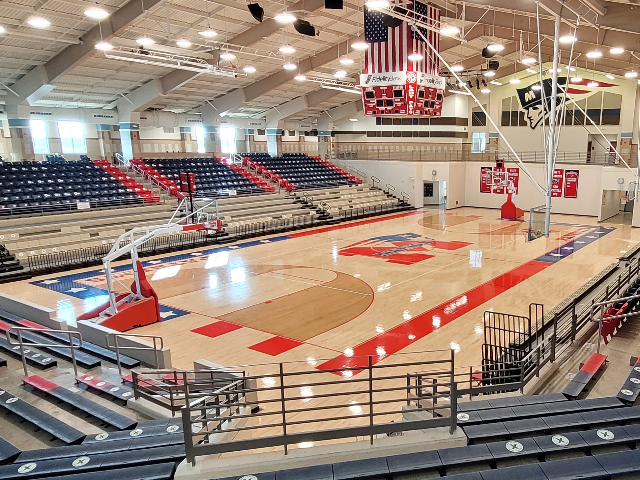 Fidelity Bank Arena is a state-of-the-art athletics facility at Marion Junior High School. Built in 2009, it has hosted over a decade of championship basketball at all levels. Today, fans enjoy a college atmosphere with live music, blackout player introductions, and intense action on the court. 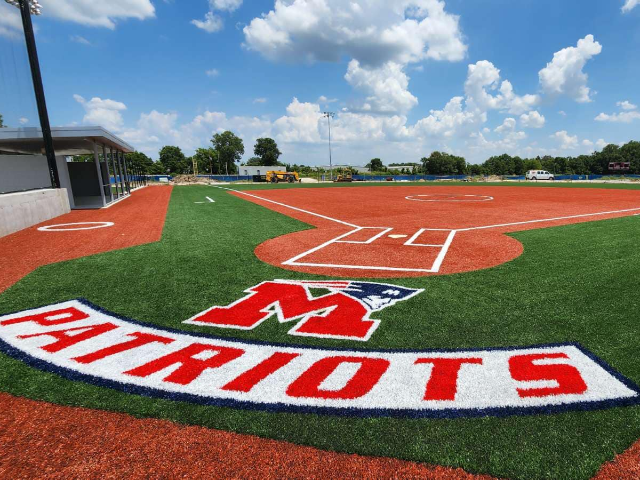 Brand new for 2022, the Marion Sports Complex houses the Marion Patriot softball team. The state-of-the-art softball field features a turf field, ample-sized dugouts, and a college-style indoor facility for the team. Marion moves into this stadium in time for the spring of 2023.